Revolving Stage[Mawaribtai]
A building built as a worship hall of the ３０th Shrine located in a corner of the precincts of Myohoji Temple in Kodachi. It disappeared due to a fire in Meiji 19, but it is said that it was reconstructed around Meiji 23.
From the time of the reconstruction, Kabuki and Yatoko dances were actively performed mainly by young people, and it was said that the precincts were in a state of being unable to move, not only by the villagers but also by spectators from the suburbs.
This surrounding stage is a rare and very valuable building in Yamanashi prefecture. There is a circular notch in the parquet pasted on the stage, and a round pillar can be seen under the stage, and when you turn it, the circular part of the stage rotates, and you can develop the scene.
Currently, a performing arts festival in Hayashi Ward is being held on this stage, and it is regaining its former bustle. 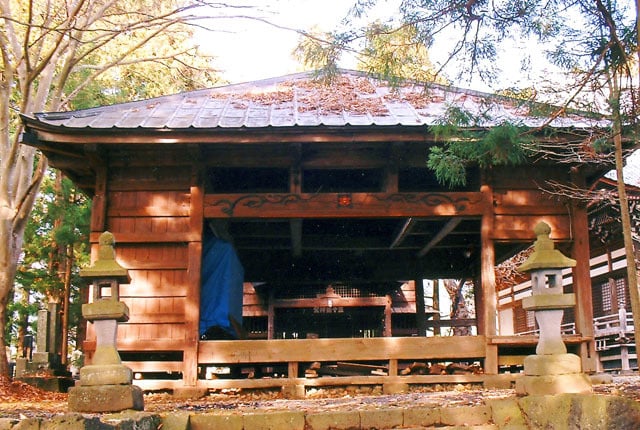 A very valuable rotating stage that is rare in Yamanashi Prefecture 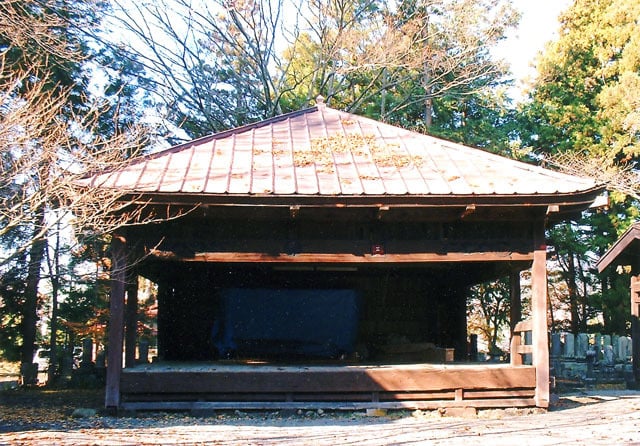 From Kawaguchiko Station, take the Retro Bus Saiko/Aokigahara Line and get off at "Kawaguchiko Musekan Entrance". About 2 minutes on foot after entering the alley on the south side.