Yama-jinja Shrine Hokyointo[Yamajinjahokyointo]
A Hokyointo is enshrined beside the main shrine of the mountain shrine. It shows an old appearance and is presumed to be venerable.
At the beginning of the construction, the tower body, the foundation that carves the three-tiered shape, the base that is one size wider than that, and the extremely stable substructure, the heavy and stately roof (cap) is placed It seems that a clean sorin stood on top.
It is thought to have been a dignified, aesthetic, and stately Hokyointo, and it is speculated that it was built from the end of the Kamakura period to the beginning of the Nanbokucho period.
The Hokyointo of the mountain shrine is very faithful to the basic form, and is even evaluated as an excellent one that is on par with the Hokyointo, a cultural property designated by the prefecture.
It is regrettable that there are deletions and deficiencies, but it is not only outstanding in the area of ​​the former Kamikuishiki village, but also the oldest and most valuable Kansai style along the historical road "Middle Road Return". It can be said that it is a typical example of Hokyointo, and its value as a cultural property is very high. 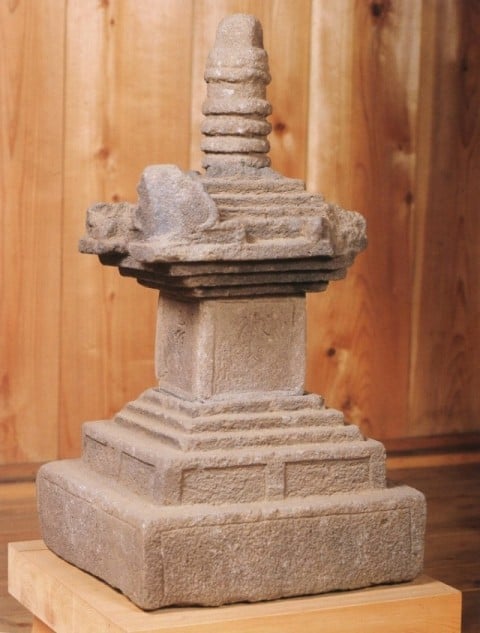 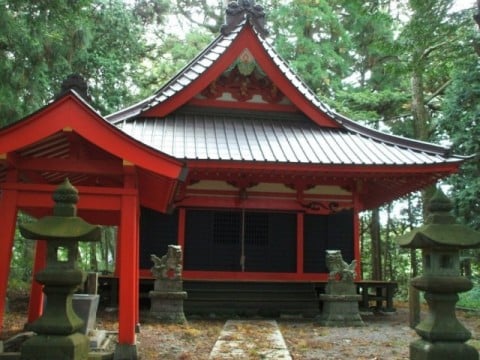 From Kawaguchiko Station, get off at "Motosu Iriguchi" bound for Shin-Fuji and walk for 2 minutes.